Stop your jaw from clicking or popping.
…before it gets worse.

We’ll correct it quickly and comfortably – and stop the damage.

No shots, drugs or surgery

Many people struggle with jaw clicking or popping. What most don’t realize is the damage that’s occurring to the joint behind the scenes. The click or pop is a giant warning signal that the joint isn’t functioning correctly. They ignore it at their own peril.

Take five minutes and read the admittedly, long description below. You’ll understand what’s been happening inside your joints.

There’s no mystery to it. It’s not bad luck. It’s pure mechanics. Just like a bad hip or knee degenerates – so does this joint.

So you can make an informed decision whether you want to continue to ignore it or not.

We’re here to correct it… if you wish.

If one or both of your jaw joints pop or click when you open or close your mouth, there’s a problem. As with any joint in our body, whether it be a shoulder, knee, hip or elbow, we should be able to go through a complete range of motion without any pain, impingement, or popping in the joint. The same goes for the TMJ.

So any sound in the joint upon movement is one of the first warning signs that the joint is not functioning properly. Many people ignore the popping or clicking and dismiss it as merely a nuisance.

Unfortunately if the condition is allowed to continue for a period of time the consequences may worsen. Let me explain.

First, some basic anatomy to help you to visualize and understand what goes on in your TMJ. The TMJ is a joint formed by the meeting of the temporal bone of your skull with the condyle of your mandible. Translation: Your lower jaw is called the mandible. It ends in the area in front of your ear with the condyle. Let’s call the condyle the “ball” of a ball and socket joint. The base of your head has the articular eminence and fossa of the temporal bone. Let’s just call that the “socket.”

Press two fingers of each hand on your face directly in front of your ears. Now open and close. You’ll feel the TMJ joint working.

The two bones (condyle/ball and temporal bone/socket) come together at the temporomandibular joint (TMJ). As in any joint in our body, there should not be bone rubbing or hitting against bone or else both parts of the bone in the joint will break down and become arthritic, sclerotic and deteriorate.

So there is a little fibrous disc or cushion between the two pieces of bone to prevent them from rubbing against each other and causing pain and breakdown.

We bring our teeth together thousands of time every day as we speak, chew and swallow. No matter where we move our jaw the little disc between the two bones is supposed to track with it, staying between the two bones, protecting them from rubbing or hitting against each other. In a normally functioning TMJ joint this is exactly what happens. The little disc always stays between the ball and socket, protecting the bones, acting as a little cushion to prevent any breakdown.

If the bite and TMJ aren’t in sync

However, if the bite (where our teeth come together and fit together) and the TMJ joint are not in sync, or in harmony with each other then the muscles, tendons and ligaments that move and position the jaw are stressed.

Think of it this way. If you have a chair and one leg is shorter than the other three, then no matter how you position the chair, three legs touch down and up leg is up. They’re never all in sync. Something’s always out of balance, out of whack.

Same with the TMJ. If the bite (where our teeth fit together) and the TMJ position are not in harmony, then the muscles, tendons and ligaments that act on the TMJ and the TMJ disc, are not in balance either. Here’s what happens…

When someone opens their mouth, the “ball” (condyle of the mandible) rotates and slides downward against the “socket” (articular eminence of the temporal bone of the skull). The little “shock absorber” disc is supposed to track and stay between the two bones. 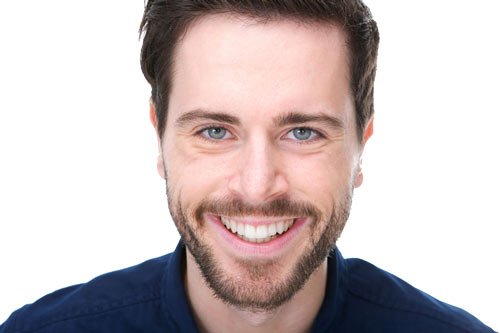 But when the TMJ and the bite are not in balance, the muscles pull the disc forward out of place. This most often occurs when the condyle/ball is positioned too far backward and this condition is called an ‘anteriorly displaced disc.’ Now, when the person opens their mouth the ball/condyle slides down and forward and tries to go back on the disc. As the condyle rides over the thicker back edge of the disc there’s a pop or click. That’s what you feel and what is happening when you open. The ball went back onto the disc temporarily. Unfortunately it’s supposed to be on the disc all the time.

Then when they close, the condyle/ball goes backward and up and it slides off the disc. Once again, as the ball rides over the thicker back edge of the disc, there is a pop or click. We call this a reciprocal click. It means there’s one click as they open and get back on the disc, and a second click when they close and ride back off the disc as it gets pulled forward out of place.

Most people just feel or hear a click or pop when they open. Some feel both. So what’s all the fuss over a little click or pop? Here’s the problem…

If it’s allowed to continue over a long enough period of time, one of two things will happen. The delicate little disc can become perforated or it will become displaced. Let’s go over each result.

First, the disc can become damaged or perforated. If, instead of staying in proper place between the two bones and acting as a cushion/shock absorber, the disc is constantly being pulled forward out of place, and we ride on and off the disc thousands of times every day, eventually the disc gets worn out, worn through and perforated.

If this occurs we now have bone hitting on bone and the joints themselves begin to deteriorate and there can be severe pain when opening or closing the jaw. We can see the damage caused to the ball and socket in a special x-ray image called a corrected tomogram or on an iCAT image.

The second problem is that the disc can become displaced forward. We call this an ‘anteriorly displaced disc without reduction’. Translation: the disc is stuck in front of the ball and socket and does not go back into place when we close our mouth.

If the disc is constantly being pulled forward out of place, the ligament that is supposed to keep it in place stretches abnormally when the disc is out of the ball and socket. Eventually it just gives out. Now the disc is stuck in front of the condyle and fossae preventing the TMJ joint from working properly.

A common scenario that someone reports is this… They had a joint that was clicking and popping. One day the clicking/popping stopped. Shortly thereafter they wake up one morning and can’t open their jaw more than an inch or so. This is called “closed lock.” Translation: the disc is stuck out in front of the ball and socket preventing the condyle (ball) from rotating and gliding down the articular eminence (socket). There’s an obstacle in the way… a roadblock (the disc.)

Besides the extremely limited opening range of motion from an anteriorly displaced disc, the other sign we see is that the lower jaw when trying to open, may not track straight down when opening, but instead deviates to one side. In essence the condyle (ball) is trying to get around the obstacle (disc) so it deviates off its normal path trying to find a way to get around it (which it can’t.)

Again, over time the bones of the TMJ (ball and socket) now begin to degenerate since the shock absorber (articular disc) is no longer between them to protect them from rubbing against each other. As with the perforated disc scenario, the condyle can become, flattened, beaked or resorbed.

Discover how we've helped patients just like you recover so quickly

As in any other part of our body, the longer something is allowed to degenerate and stay in a diseased state, the more difficult it becomes to return to a normal healthy state and the chance of the condition becoming chronic and irreparable increases.

In the early stages of a disc displacement, the disc can sometimes be “recaptured.” Translation: The disc can be repositioned back in place between the condyle and fossa. The longer it has been displaced, the less the chance of recapture.

It can be repositioned by restoring balance between the TMJ joint and the bite to achieve relaxed muscles that allow normal function without pulling the disc back out of place every time one opens and closes. This is accomplished by the use of a bite splint (orthotic) that allows the jaw, teeth and TMJ all to be in harmony and balance with one another, so the muscles that position the jaw are no longer at war with the TMJ joint and disc.

In later stages, the disc can only be repositioned by surgery such as the Mitek anchor procedure or not be able to be recaptured at all. 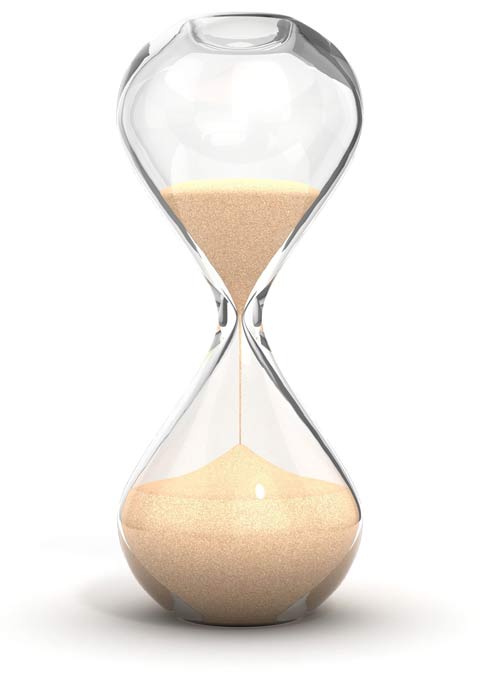 You know your TMJ needs help. But you don’t know how to make it better. And you feel overwhelmed by the conflicting treatment advice.

But there’s good news – it’s easier than you think to fix it.

And once you understand the power of MIRO Therapy®, you won’t want to settle for shots, drugs or surgery anymore.

Now is the time to get the facts for yourself. You’ll understand everything you need to know in just 60 minutes.

This consultation is perfect for anyone who is:

Tired of wondering what the cause of their problem is

Struggling with prescription drugs and side-effects

Trying to balance a busy life and constant pain

We know what you're going through. We can help.

No shots. No drugs.
Guaranteed results.